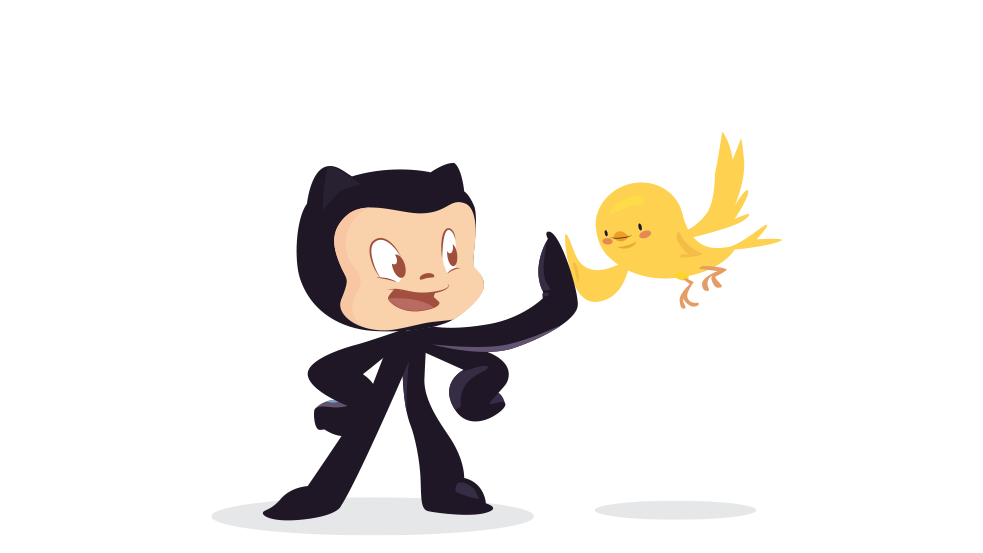 From when we cofounded Rubysec, to building (the now defunct) Gemcanary, to starting Appcanary, our goal from the beginning was to improve the world’s security by preventing the use of vulnerable software. At the time, this required placing a bet on building a certain kind of business, and for a variety of reasons that bet didn’t work out.

However, this doesn’t mean that we’re giving up on the mission!

Today, we’re excited to announce that we’re going to be able to build tools that impact almost every software developer on the planet — we’re joining GitHub. There, we’ll be working on expanding GitHub’s security tooling, like their recently announced vulnerable dependency alerting.

This means that we will be shutting Appcanary down. We’ve stopped accepting new signups, and in order to help our customers transition, we will officially stop operating the service on June 1st, 2018.

To our customers, we are sorry for the inconvenience and we would like to thank you for your trust over the past two and a half years. We’d also like to thank our investors, advisors and friends who have supported us.

We’ll have more to say when the time comes. We look forward to our paths crossing again via our continued work on the GitHub platform.

If you are interested in learning more about GitHub, please visit:

Questions you may have:

What is happening to the Appcanary products - API, Agent, and Monitor alerting?

All three products will be sunsetting on June 1st, 2018.

If you are currently a paying customer, you can continue to use and pay for the service until then. You may also, of course, cancel the service at any time by going to the billing page and disabling the agent from your servers.

We are not going to be accepting any new customers for these products.

What is happening the the public vulnerability page?

The vulnerability browser will continue to operate until June 1st, 2018.

What is happening to isitvulnerable.com?

It will also continue to work until June 1st, 2018, although we recommend you use Github Security Alerts instead.

Wait, does this mean that GitHub will know about my security vulnerabilities?

No. Appcanary will not be sharing any data that can be used to identify our customers’ vulnerabilities with GitHub.

Who do you recommend using instead of Appcanary?

Ruby coverage is live in GitHub’s Security Alerts feature. Today you can get PHP coverage from security partners like Gemnasium (and soon Snyk) in the GitHub Marketplace.

What is GitHub’s Security Alerts offering?

GitHub currently sends alerts to public repositories and private repositories that have opted in about publicly disclosed CVEs for Javascript and Ruby. GitHub is soon adding Python support and expanding vulnerability coverage to include more of Appcanary’s database.

Who do we contact for product support until the product sunsets?

You can still reach us via the normal support channels or by emailing hello@appcanary.com

Phill and Max discuss new spying powers in Canada, and the leak of GOP voter data. Produced by Katie Jensen.

I’ve been playing with Elixir recently, and came across a remote code execution bug in the developer tools. You know, as one does.

Before we continue, a warning: if you use Vim and have ever edited Elixir files stop what you’re doing and upgrade alchemist.vim to 2.8.0. Seriously, go do it, right now.

Done? Okay, let’s take it from the top. If you want to implement nice editor support for a language, and provide things like code-completion or jump-to-definition, you need some way to introspect both the source code being edited and the language’s runtime environment to figure out what suggestions to give to your users.

There’s a package called alchemist that provides Elixir support for Emacs. It has nice features like code-completion, and jump-to-definition, and, thereofre, it understands Elixir code and can read through a project’s dependencies and stuff like that. A common pattern when writing editor plugins is to build a little background program in the language you’re targeting that can introspect the runtime and tell the editor where symbols are defined and help with code completion. Alchemist does this with alchemist-server.

I can’t claim credit for the original bug. It was reported by Ivan Kozik back in February.

The issue is that alchemist-server accepted EVAL as a command and listened unauthenticated on all interfaces. This means that anyone in the same coffee shop as you can eval arbitrary Elixir code on your computer if they can guess the ephemeral port the server is running on.

This is really bad, and unfortunately had not been addressed since the issue was reported. I think this bug wasn’t patched immediately for three reasons:

This is a super serious bug, and I wanted to see this bug fixed as quickly as possible. I subscribe to the Church of Proof of Concept or GTFO, so it was time to demonstrate just bad this bug actually was.

Ivan’s original exploit takes advantage of the fact that alchemist-server uses eval-string to process arguments in several cases and it contains a EVAL command for evaluating files, probably for loading modified files into your repl environment. He sends a command that uses the eval-stringed portion to write a malicious Elixir script to a file and then executes it, with the results returned to the user.

Assuiming PORT is the ephemeral port the server is running on, his exploit looks like this:

The danger of line based protocols

I know what you’re thinking: “it’s really too bad that alchemist-server is evaling things to begin with”. And, you’re dead wrong.

It’s perfectly fine for developer tools to execute code sent to them by a user; actually, most developer tools are designed specifically to evaluate arbitrary code in one way or another. The problem is that it’s accepting code to be evaled over a TCP connection.

First, I booted up the server, and then started talking to it using netcat:

This is where things get real bad for alchemist-server. We’re dealing with a line based protocol, and what’s more, it’s ignoring2 commands it doesn’t understand. You know what else is a line-based protocol? HTTP.

That means we can get a browser to issue a request to localhost and alchemist-server will ignore all the headers and HTTP formalities and happily execute an EVAL command if we put it on its own line.

Interestingly enough, this is a case where security considerations outweigh Postel’s Principle:

In this case, being liberal in what you accept leads to accepting messages from places you really shouldn’t.

We’ve established that the server will accept HTTP requests from a browser. Now the trick is to get the browser to send one. I decided to use Javascript to send an XHR so that I had a good chance of being able to process the response from the server. If I just wanted to execute some code on a victim’s machine, embedding a form or an image with the right payload would have worked too.

In order to use XHR, we need to get around Cross-Origin Resource Sharing (CORS). This is the policy that governs under what conditions a browser will make a request to a resource, and under what conditions the output will be returned back to the Javascript function that made the request. There is a default policy, and it can be changed by the server using special headers3.

The first thing that happens is that the browser decides if it can make a request. If the request contains these special headers, or uses an HTTP method other than GET, HEAD, or POST, the browser will send a preflighted request. This is an OPTIONS request that asks the server if it will accept the upcoming request.

We don’t want this, so we have to send a so-called “simple request”. A POST request with a content-type of “text/plain” and EVAL ... in the data is “simple” and not be preflighted.

The next step is getting passed the Access-Control header. By default, your browser won’t return the results of an XHR request unless it’s to the same origin as the script that’s making it, or the server has an Access-Control header that allows the script’s origin. One thing to note is that this is happening after the request is made. So, if I have some malicious code that will ransomware your computer, it will still be executed, even if the browser script that made the request won’t be able to see the response. It’s especially unimportant in the case of remote code execution, because I can exfiltrate data by having my malicious payload make a request back to me by itself.

Nevertheless, setting up a server to listen to the response requires effort, and I wanted a seamless POC. Luckily, our malicious payload’s response was going to be interpreted as a HTTP response to the browser, so all I had to do was return a string that looks like:

And here’s the full payload

This is what it looks like when wrapped in HTML/Javascript:

Thanks for reading, and make sure you update your alchemist-server!