A tale of two worms, three vulnerabilities, and one National Security Agency

Paranoia is natural for security practitioners.

Hacking can feel like being initiated into a secret society of wizards. Once you’re in, you get access to an addictive drug that gives you super powers. But there are other wizards out there; some are good but many practice black magic. And the NSA’s school of the dark arts has a seemingly unlimited budget.

It’s natural to get a little paranoid. Experience shows you that with the right incantation you can turn crashes into working exploits. It follows that every time your computer crashes there could be someone in the shadows, chanting the right incantation. The paranoia can be all-consuming; just because you’re paranoid doesn’t mean they’re not out to get you.

In October 2013, a well known computer security expert named Dragos Ruiu came out with a story. He found that his computers had been behaving oddly, and that the symptoms he was seeing were impossible to eradicate. This was some kind of worm, since the behavior would replicate across air gapped computers in his lab. He theorized that he was infected with a super advanced piece of malware that lived in the BIOS and could spread by sending ultrasonic frequencies from speaker to microphone, undetectable to the human ear. It looked like the work of the NSA or someone equally omnipotent. He dubbed it badBIOS.

Everything Dragos claimed badBIOS could do is at least possible, and most security folks know this. Malware in the BIOS is feasible, and beyond being a research topic, it’s something we know the NSA does. In fact, because of the hype, many people developed ultrasound networking libraries just to demonstrate how viable it is.

Dragos Ruiu imaged his computer and made a lot of data available to the community for peer review, but unfortunately no credible researcher1 has publicly confirmed his findings. Maybe there was something going on. Maybe he was seeing patterns in the noise. Either way, it says something about the world today that when you’re a security expert and your computer starts behaving weirdly, the obvious culprit is the NSA.

It made me think of a different worm, from a more innocent time. 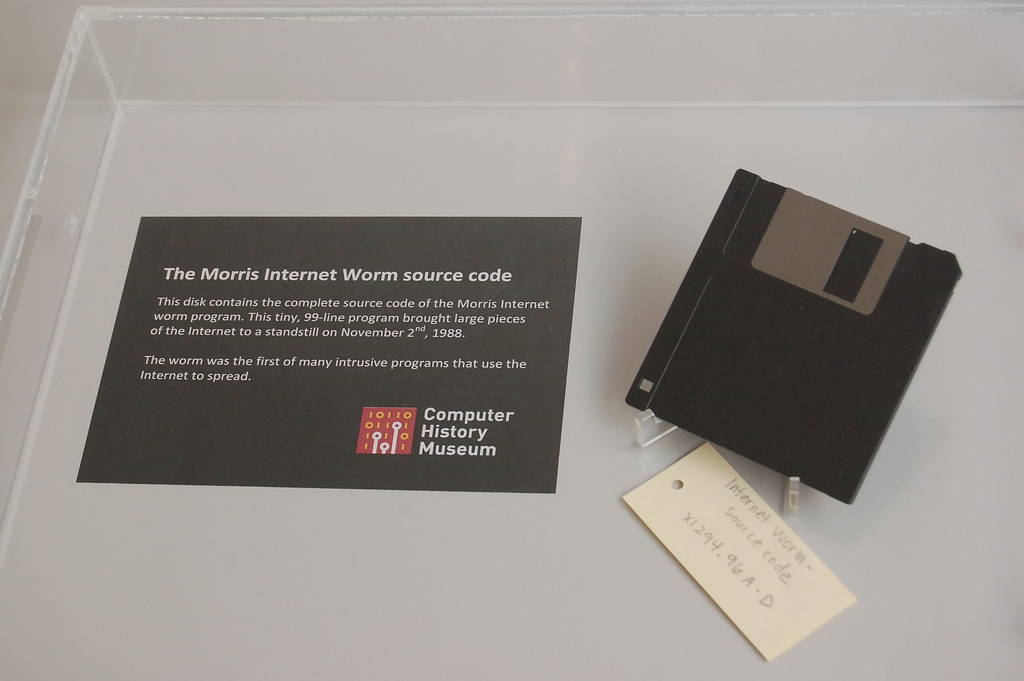 It’s November 2nd 1988, almost exactly 25 years before badBIOS became a hashtag. Robert Tappan Morris, a graduate student at Cornell, executes some code he’d been working on and goes to dinner. The aftermath was a self-replicating computer worm that infected 10% of the Internet2 at the time — a whopping 6,000 computers!

Morris claimed that he wrote his program to map the size of the Internet. And indeed, each infection would send a byte to a machine in Berkeley (hiding the trail to Morris, in Cornell, as the author). Unfortunately, there was a bug that caused it to propagate too aggressively: it infected the same computer multiple times, which resulted in a denial of service attack across the whole Internet. Furthermore, the code to report infections had a bug in it. It tried to send a UDP packet over a TCP socket, making it useless for reporting the Internet’s size.

An alternative explanation is that Morris was trying to bring to wider attention some long-standing bugs in the Internet. As Morris’ friend and future co-founder put it, in classic pg3 style:

Mr. Graham, who has known the younger Mr. Morris for several years, compared his exploit to that of Mathias Rust, the young German who flew light plane through Soviet air defenses in May 1987 and landed in Moscow.

What did the Morris Worm actually do?

The Morris Worm4 exploited three separate vulnerabilities. It guessed passwords for rsh/rexec, it exploited a debug-mode backdoor in sendmail and it used “one very neat trick”. I’ll go over each of these in detail, and you can find an archive (decompiled and commented) of the code for yourself here.

rsh and rexec are remote shell protocols from the BSD era that are almost unused today (since supplanted by ssh). rsh can allow passwordless authentication if coming from a “trusted” host, which it determines via a list of addresses stored in a global /etc/hosts.equiv or per-user .rhosts file. When an rsh request comes from a user of a trusted machine, access is automatically granted. The worm used this to propagate, searching those two files — as well as the .forward file, which back then was used to forward your mail around the Internet — for trusted hosts.

Even in 1988, people knew that leaving rsh open on an untrusted network like the Internet was a Bad Idea, and so the worm also propagated via rexec. Now, rexec uses password authentication, but Morris made an intelligent assumption: people tend to reuse passwords. Back then, /etc/passwd used to5 store everyone’s encrypted passwords. The worm shipped with an optimized implementation of crypt and a dictionary, and went to town. Once it cracked a password, it tried it against all the likely hosts it could find.

In the absence of any friendly hosts, the Morris Worm would then exploit a backdoor in Sendmail. You see, Sendmail had a “debug” mode that allowed anyone to route an email to any process, including the shell! Ironically, this was apparently deliberate:

Eric Allman, a computer programmer who designed the mail program that Morris exploited, said yesterday that he created the back door to allow him to fine tune the program on a machine that an overzealous administrator would not give him access to. He said he forgot to remove the entry point before the program was widely distributed in 1985.

(This wasn’t even the first Sendmail backdoor. Sendmail used to ship with “wizard mode”, where sending the strings “WIZ” and “SHELL” gave you a root shell. By the time that Morris was writing his worm, wizard mode was disabled almost everywhere.)

If you’re wondering how sendmail could have backdoors like this, it seems that it was somewhat well known. This quote from a mail by Paul Vixie summarizes the situation.

The Internet was a polite place, indeed.

The Very Neat Trick that Vixie was talking about is the now-standard stack buffer overflow. It’s fascinating to read contemporary accounts that marvel at the cleverness of a class of bugs that are now ubiquitous — although, for me at least, they still haven’t lost their magic6.

Here’s the main routine from the fingerd of that era:

If you have experience with reading C code,7 you may have spotted the vulnerability. gets(line) reads STDIN and puts the contents into a 512 byte buffer. This means that sending more than 512 bytes will overwrite the stack with an attacker-controlled value.

The worm sent 536 bytes of data, which overwrote the stack frame of the main function. This allowed Morris to overwrite the pointer to where main is returning to. He set that pointer to be within the 536 byte buffer he sent over the network. The beginning of the buffer contained shellcode that called /bin/sh. Game over.

Robert Tappan Morris was convicted and sentenced to three years probation, 400 hours of community service and a $10,050 fine (about $20,000 in today’s dollars) plus the cost of his supervision. He then went on to co-found a little startup called Viaweb. You may have heard the rest of that story. Today, Morris is a tenured professor at the Computer Science and Artificial Intelligence Laboratory at MIT and is one of the leaders of the Parallel and Distributed Systems Groups.

Why did the paranoia around badBIOS make me think of the Morris Worm? If you read contemporary articles about the Morris Worm, they’ll sometimes mention, but never emphasize, who Robert Morris’s father was. The elder Robert Morris just happened to be a computer security expert. While the young Robert Morris was writing his worm, Robert Morris Sr. was serving as Chief Scientist at the NSA’s National Computer Security Center!

The Internet grew up a lot since 1988, and not just in size. In 2013, your computer acting strangely is obviously a NSA-written malware that lives in your BIOS and propagates over sound waves imperceptible to the human ear. In 1988, son of an NSA security executive infects 10% of the Internet with a worm that uses an exotic new exploitation technique called a buffer overflow and… nothing.

Just to be clear, I’m not alleging any conspiracy between father and son, besides perhaps father making some calls after son’s arrest. While the Morris worm was likely the first malicious use, buffer overflows were understood as a problem before 1988, if not widely. The way the media narrative handled the NSA connection in 1988 just says a lot about how the world of the Internet changed in 25 years.

As for Dragos Ruiu, he’s been quiet about badBIOS since 2013. I’m not sure what he’s doing these days besides CanSecWest, but in my heart of hearts, I like to picture him playing the saxophone amidst the detritus of his torn up apartment. 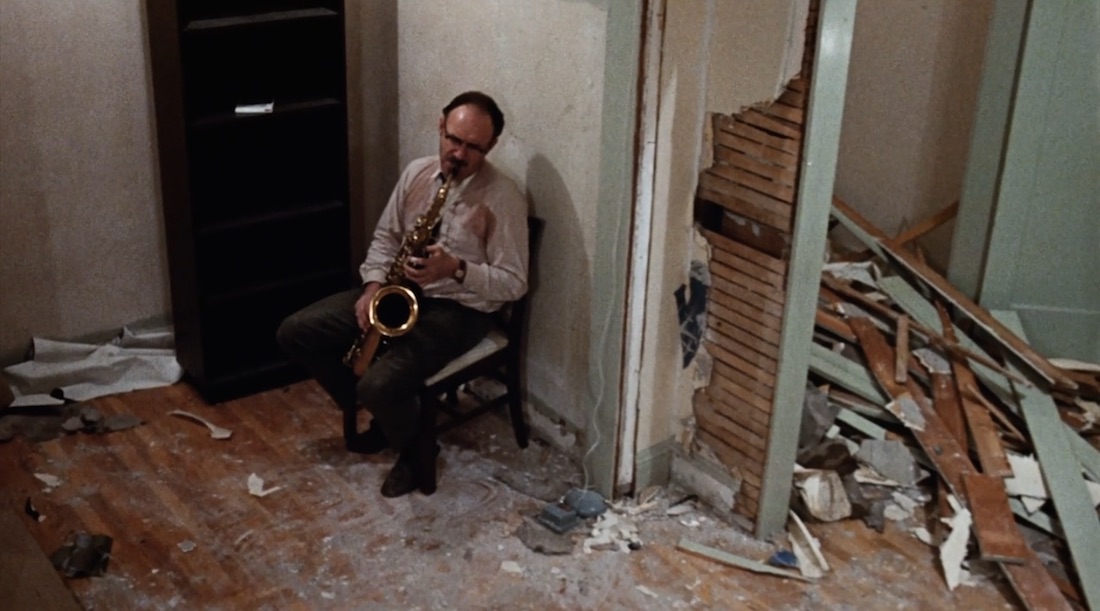 We’re trying our best, but we’ll only be able to blog about a minuscule percentage of the world’s vulnerabilities. And starting with 1988 means we have a lot of catching up to do. How will you ever find about the ones that actually affect you?

Our product, Appcanary, monitors your apps and servers, and notifies you whenever a new vulnerability is discovered in a package you rely on.